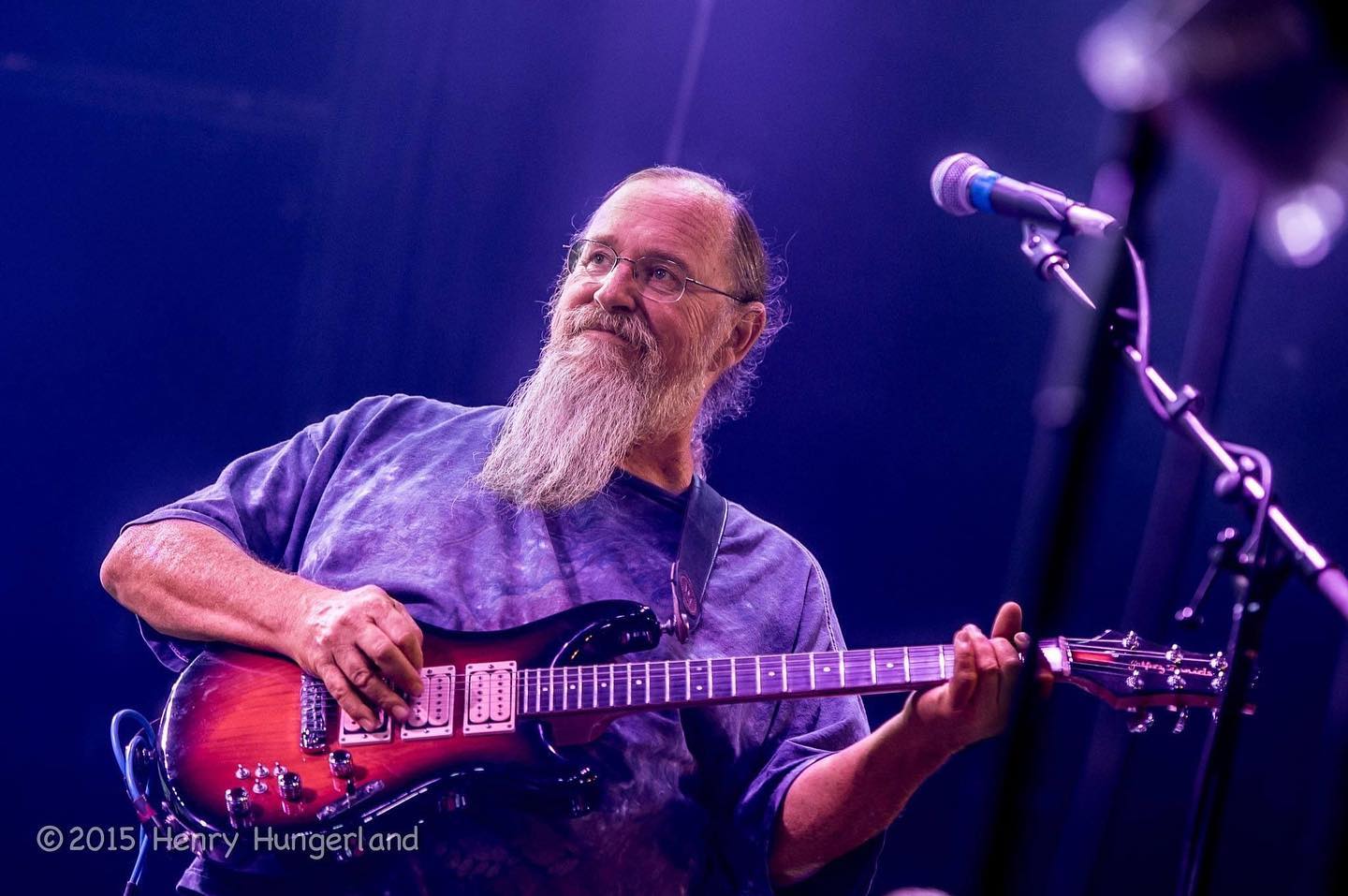 We are deeply saddened to learn of the untimely passing of Craig Marshall, founding member of Cubensis. Craig was a great guitarist,  a fine interpreter of the Grateful Dead canon, and an all-around good guy who will be sorely missed by many. Read more in Relix.

Craig and Cubensis were longtime supporters of the Rex Foundation. Their annual Thanksgiving Potluck and Karaoke Feast, a beloved mainstay of the L.A. Deadhead scene for many years, invited audience members to make a donation to Rex and sing a Dead song of their choice with the band, and we very much appreciate all the kind support.

We’re glad we had the chance to chat a bit with Craig back in 2010, so we delved into the archives to share the interview with you — origin story, musical philosophy, chance meeting with Jerry, and more.

Many years ago, Craig Marshall, a young man growing up in Southern California, had just started guitar lessons when his teacher handed him an LP record and said, “You gotta get this album.” The teacher then left the music school and Marshall never saw him again. The album, the Grateful Dead’s self-titled first release, was another story.

“After that, I saw my first show, November 11, 1967 at the Shrine Exposition Hall in Los Angeles. Inspired, I went on to teach myself how to play guitar by slowing down that LP to 16 RPM,” Marshall recalls, “My guitar was still in tune with the record, but the notes came at me at just half the speed. Then I’d learn Jerry’s riffs at my own leisurely pace, and later work on playing them at tempo. Even at half speed, many Jerry licks were damned hard to replicate!”

Flash-forward to 1987, when Marshall and some of his pals decided the Dead didn’t play the Southland nearly often enough and decided to do something about it by starting a band of their own. “We got together for our own amusement,” he says, “but doing so led to invites to play parties, backyard barbecues, smaller clubs and bars, and eventually to our own ‘long strange trip’ of 22 years, playing Grateful Dead music in every conceivable venue in the Southwest.”

A few things changed along the way, including the lineup, which currently includes Marshall on guitar, Nate LaPointe on guitar, Larry Ryan on bass, his brother Tom Ryan on keyboards, Christine (CeCe) Sherman on vocals,Â with Steve Harris and Ed Fletcher on drums. Everybody takes a turn at vocals.

The band’s name changed too. “We started life as ‘Sugar Cubensis,’ a clever mashing of words involving sugar cubes, ‘Sugar Magnolia’ and the psychedelic mushroom,” Marshall reminisces. Unfortunately, “we were too often mistaken for Björk and her band the Sugarcubes, so we simplified.”

One day in 1990, en route to a Dead show in Eugene, Oregon, Marshall ran into Jerry Garcia in an airport gift shop. “I expressed my thanks for all the great music and wonderful times the Grateful Dead had given me, and I told him I was in a band called Cubensis that played all Grateful Dead music. He laughed, and with mock surprise said  ‘Oh yeah? So do we!’ I did manage to ask Garcia the $64,000 question: Was it OK for Cubensis to be playing the Dead’s music? ‘As long as you do a good job of it,’ Jerry replied.”

They certainly try. “This is not imitation,” Marshall says. “This is the real deal. We’re satisfying our musical curiosities like they did, by exploring improvisational frontiers. When you take a musical leap of faith, once in a while you land on the rocks, but more often, you fly. When you’re this intimate with the music on a lifelong basis, it sometimes seems like we wrote the music ourselves, but we always honor the brilliance of the creators and their inspiration.” 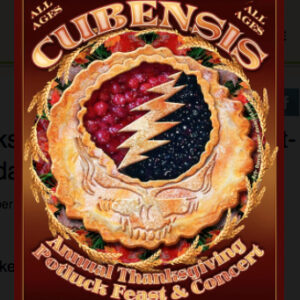 Every year around Thanksgiving (most recently on November 29, 2009), Cubensis throws a benefit bash for the Rex Foundation in Southern California. In addition to a seasonal feast, one of the event’s most beloved features is “Rex karaoke,” in which fans make a donation to Rex and sing their favorite Grateful Dead tune onstage, backed by the band.

We recently had a chance to talk with Marshall about the band, its ongoing adventures and its support of Rex.

Rex Foundation: What’s your approach to being a Grateful Dead cover band? Dark Star Orchestra, for example, generally picks a specific show to play, and each musician plays the musical part of one GD bandmember in the ensemble. Your approach seems a bit different.

Craig Marshall, Cubensis: We try to avoid being labeled a cover band or a tribute band, while probably actually manifesting the best of those two designations. We try to play Grateful Dead music like they played Grateful Dead music, with spontaneity, passion, determination, honesty, technical prowess, and an exploratory mindset. Listening to the Dead taught us how to take chances with the music. We rarely use set lists, unless it’s some festival or expansive club where verbal communication across stage is virtually impossible. Ideally, we serve the music, and if we’re aware and willing, the music plays the band, as they say.

Rex: You’re one of the longest-lived bands we’ve ever spotlighted. Any thoughts on your longevity?

Cubensis: The key to our longevity? A very forgiving audience!! Actually it has to do with the wonderfulness of the music, and the joy that’s exchanged when we play and people dance. The Dead built into their songs great passages and opportunities for improvisation, which we attempt to exploit with various levels of success. When it’s good, it’s real good, and you can feel the magic.

Rex: You also have some great posters.

Cubensis: For many years we’ve been blessed with an exclusive association with poster artist Darrin Brenner, who designs our concert artwork. It has basically been a labor of love for Ms. Brenner, who also has done work for Rex, High Sierra and national acts all across the country, as well as commercial art. Her concepts are amazing, Deadish but original at the same time.

Rex: Tell us about the Thanksgiving event and the Rex karaoke!

Cubensis: Our involvement with Rex satisfies our needing to be a part of the greater Dead scene, both musically and philanthropically. It’s our way of paying back some of what we’ve received over the years from the Dead and the scene. Once a year or more, we feel especially grateful for our place in this world, and our shows around the holidays are a good time for reflection. Donating to Rex offers the perfect solution in a manner that can be trusted and which provides an opportunity we can share with our fans.

Typically we have a Thanksgiving dinner potluck, with the main dishes coming from the band and certain local benefactors in the scene. Almost all attendees bring a dish to share, family style. Professional chefs who are also devout fans take on the cooking duties. Tables are set up, and we feast.

Then we retire to the concert hall for dancing and Rex karaoke, when audience members can chip in and sing a Dead song with the band. In addition, we’ve had people play instruments along with us, dance, and even use sign language as part of their donation. 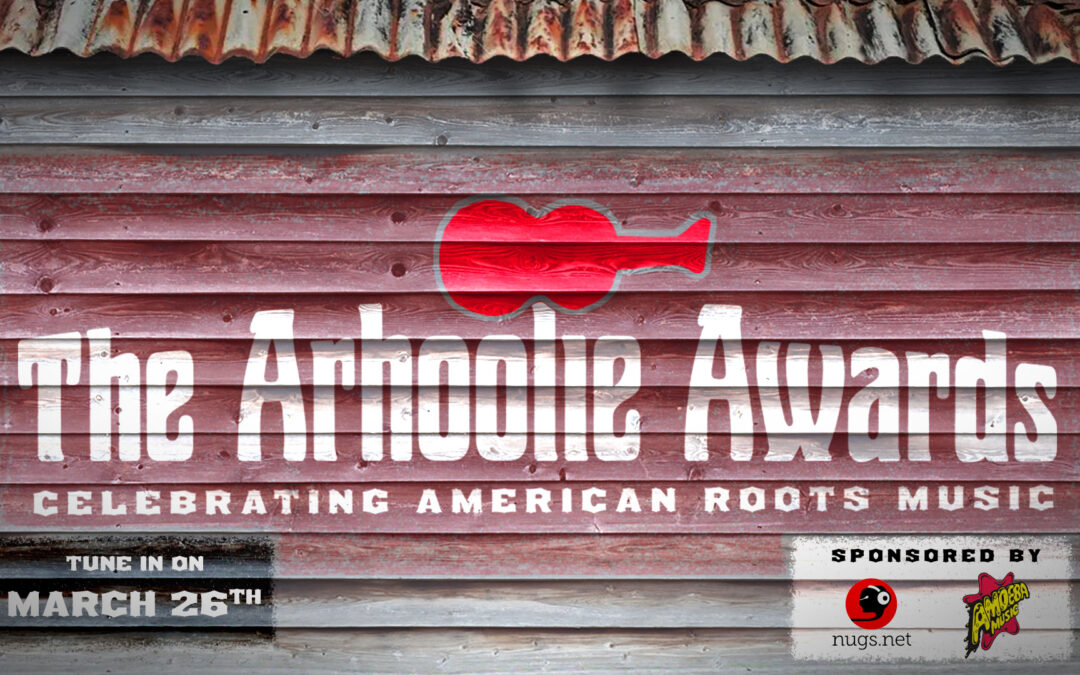 Grantees in the News: Arhoolie Awards 2022

END_OF_DOCUMENT_TOKEN_TO_BE_REPLACED Grantees in the News: Guitars and Ukes in the Classroom

Rex grantee Guitars and Ukes in the Classroom was the subject of a recent profile in Ukulele Magazine. "Kathy Byington’s third graders at a school in Thousand Oaks, California, have strummed their ukes while singing multiplication tables to 'Jingle Bells.' They’ve...